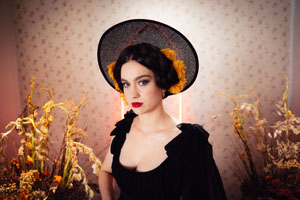 A photographer captures a model in his studio. Between the camera flashes, time slips away to expose a dark secret.

H’ilol, which means “seer” in the Mayan language of highland Mexico, is the Jury Grand Prize winner of the KODAK and ATLFS 2019 “100’ of film competition” hosted in Atlanta, GA. The project was shot entirely on one 100’ roll, only 3 minutes of 16mm color film.