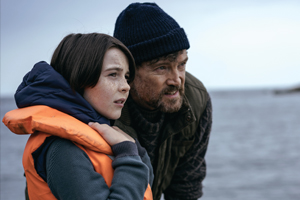 Ten-year-old Jack is excited about heading out to sea on a fishing trip with his Dad. But things take a sudden, dark turn when his Dad stops the boat and tells Jack that they have hit a monster. This seems like a joke at first, and Jack nervously tries to play along, but his Dad insists Jack must get down into the water and face it head on. Realizing that his Dad is deadly serious, a terrified Jack has no choice but to obey. What Jack sees in the water will change him forever, and the sinister rite of passage will have horrific consequences.