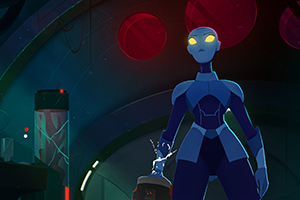 Over a century has passed since the destruction of Earth. Without a home planet, humans now live among the thirty-eight known alien species. Kent Williams, a struggling chef, leads a disparate band of adventurers aboard their ship, The Serrano. Eager to discover the culinary secrets of his ancestors, Kent and his cyborg companion, C-LA, traverse the cosmos in search of rare Earth spices.