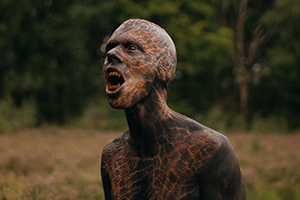 The year is 1850. A poor farmhand tries to smuggle his livestock over the border of Belgium and the Netherlands. When the farmhand lies to his grandparents about a missing goat, his grandmother tells him a story of what has happened to a farmer who was cursed for his lack of honesty. As the young farmhand soon learns, the ancient evil in her story is real.