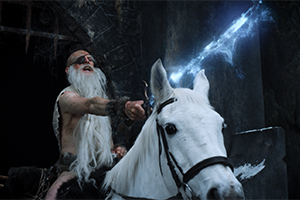 Cohen the Barbarian was angry. Angry that he never died in battle, angry that the world had forgotten him, and angry that his knees were starting to play up in the cold.