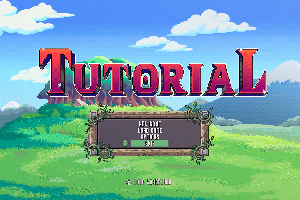 Directed, Written, and Produced by Thy Vo, Ryan Imm, and Sydney Seekford

You know that feeling? The one where all you want to do is jump right into a new game and kill some stuff, but that damned NPC just won’t stop talking? Well, this is that feeling, animated. New player BigD1999 rushes head first into a video game, sword a-swinging. Will a well-meaning (if a little annoying) tutorial guide be able to slow him down long enough to avoid certain doom?