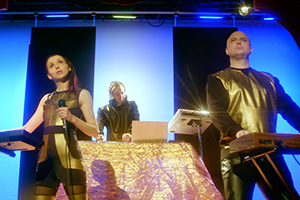 Hans von Kleinenberg and Hans Gambino are The Prototypes: the trailblazing founders of I.F.E (Intelligent Feline Electronica). But they weren’t always on top of the world, bringing cat music to the masses. In fact, they used to be in a metal band, didn’t speak with German accents, and lost a band member to spontaneous combustion. We Are The Prototypes is a deeper look at the band that rose from the rubble of the twenty-first century music industry to achieve cat video fame.