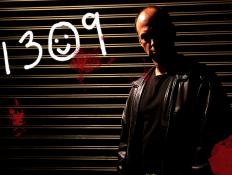 A beautiful redhead is sitting at the bar of a crowded nightclub when a drunk propositions her. She politely says she’s waiting for her husband, but the drunk continues to move in. In need of a contingency plan, she grabs a passing stranger as her ‘husband.’ One look at her, and the stranger happily plays along until the drunk gets the hint.

The redhead and the stranger have a few drinks, then a few drinks more. The chemistry between them is intense. When they move outside to fulfill their passion, the action takes an unexpected twist and thrusts them into a violent criminal plot where nothing, and no one, is as it seems. 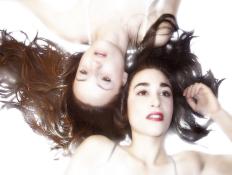 After the dark storm dies, Mary, a lost soul, checks into room 208. Unrest is born as her life crosses with Jessica’s. Soon after, anyone who enters 208 will discover why… 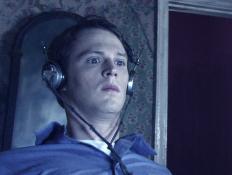 Two fatal victims of a traffic accident wake up in an ominous apartment surrounded by darkness. Their only contact with the living world is through old televisions that broadcast the one thing they cherish back on earth. They “plug in” to their past lives and attempt to manipulate them. Eventually, they both realize the things they crave can only be gotten when they confront the black void outside. 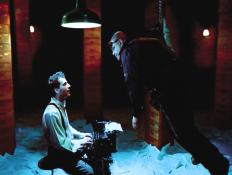 Alone in a room with no entrances or exits a man sits silently at a typewriter, a man whose only known function is to type. When he unwittingly begins questioning his purpose, dramatic repercussions are inflicted on his surroundings, provoking a visit from his coworkers upstairs and below. Their subsequent clash ignites a race against time as the three struggle to reach an agreement before their reality is thrust into complete chaos. An imaginative and dark satire, The Babel Trunk explores a surreal world of sideways logic and deceitful appearances. 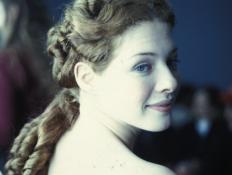 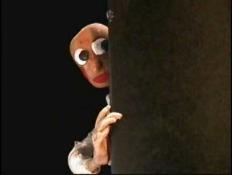 All are welcome to visit the Circle of Freaks. We enjoy your company and want you to stay a while! Come see the Dog boy! Watch the Worm boy get under your skin! And don’t forget to greet the unhappiest Clown on earth!

But first let me tell you of the story of a little boy who happened upon the Circle of Freaks. Lured by his curiosity, he entered, expecting to have a good old jolly time. He liked to cruelly taunt the freaks and did not consider the consequences.

So who is the Real Monster? You decide. 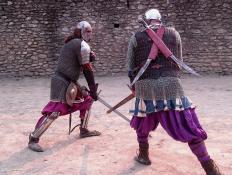 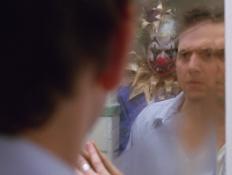 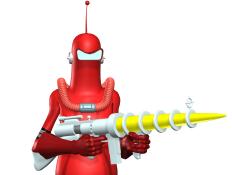 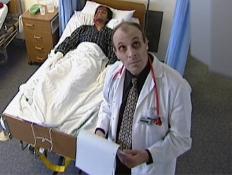 After a horrific accident, Milo wakes in the notorious Morton Hospital, a place where patients inexplicably disappear without a trace. When the bandages are removed from his eyes, Milo discovers he has been bestowed a psychic gift. Can he rely on this sixth sense to save himself from the sinister forces of the hospital? Will he succeed in escaping with the help of nurse Bettina, before his arranged ‘transfer’?

Things are not what they seem. Colour Blind is a chilling film that explores the fallibility of human perception and the consequences of reading people the wrong way… 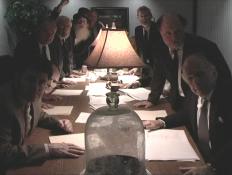 An old-school movie studio has cornered a third of the world box office by cranking out a series of Jesus-ploitation films. However their latest, a noir-thriller called ‘The Big Sheep’ (featuring Christ as a Bogey-esque private detective) isn’t testing so well.

With profits falling and Corporate breathing down their necks, it’s up to eleven crotchety, old Studio Execs to find a solution and revive the franchise. But when a mysterious Stranger appears with an outrageous plan to fill every seat, the old-timers are faced with an even bigger dilemma than the bottom-line. 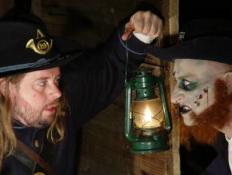 A romantic horror comedy that tells the very true story of a fictitious battle during the Civil War in which the use of homemade chemical weapons results in mayhem of zombie-astic proportions! Heads fly, breasts heave and love is in the polluted green air. Features Dragon*Con favorite, Nikki Taylor Melton. 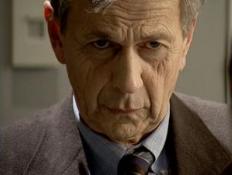 What would you pay to live forever? That is the question posed by Cost Of Living, a short film starring William B. Davis (Cigarette Smoking Man, The X-Files).

Set in the near future, when a man dying of cancer attempts to purchase a new body, he is forced to decide just how much he is willing to pay for immortality.

An engaging script, powerful performances, and stylish effects make this short film a must see for everyone. 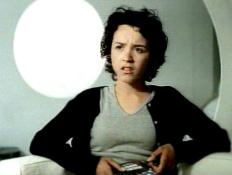 For next to nothing, a young woman manages to rent an amazing apartment. She soon discovers though, that the apartment manages to make its money back very quickly…

This film sets out to satirize the way in which our world is moving, at least in terms of what we might experience on a daily basis. There’s nothing wrong with advertising, it’s just that maybe we need a break from it sometimes. 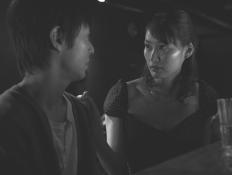 Anjo, a life insurance sales agent, meets a potential client named “D”. D has a special ability to spot a lie, and discovers Anjo has committed a crime and is trying to cover it up. Thus begins his conquest for the truth. As D follows the lies of everyone he meets, he gets closer to the heart of the truth, or what he thinks is the truth. Will the true intention of D be revealed when he discovers the truth behind Anjo’s crime? And who is D really? 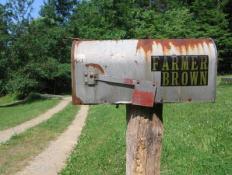 The American farmer is an icon of hard work and determination in the face of tremendous odds. One constant during the farmer’s struggle is his imperturbable attitude in the face of these challenges. ‘Farmer Brown’ presents a typically stoic and hardworking denizen of the heartland, as we follow him addressing every challenge, from typical farm chores to decidedly atypical supernatural incursions, with the same matter-of-fact demeanor. 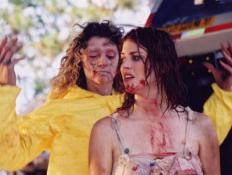 When reporter Dana Diamond goes in search of the ultimate story, she gets more than she bargained for. On a riot-torn Halloween night, Dana is lured into a decrepit house by a sadistic transient and kidnapped by an incestuous family.

Inside, Dana endures the most brutal and unspeakable ordeals imaginable, mentally and physically tortured to the limit, as she hallucinates monsters emerging from the garbage piles, including a humanoid being made of rotting meat pieces. Will Dana survive the unrelenting attack of her merciless tormentors? 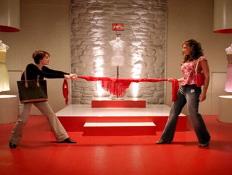 It’s a short form action/comedy about two best friends, Jane, the conservative traditionalist, and Isabell, the sassy ballbuster, who are shopping for dresses to wear to a friend’s wedding. When they both eye the same red dress tempers flare, barbs are exchanged, and a kung fu show down ensues. But, this face-off isn’t just a fight about a dress, it’s a comedic tale about the shifting dynamics of friendship and the power struggles therein. Starring Felicia Day, Cerina Vincent. 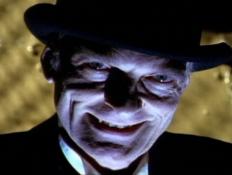 It’s All Hallows Eve in Coney Island! Many screams cut through the calliope of this urban playground, but not every cry is one of joy. Our fable begins with two trick-or-treaters: Sara the precocious kitty-cat and her little pumpkin Joey. The two are denied entrance to the Freakshow by Mr. Fingers, the ten-in-one’s sinister barker. The costumed kids sneak their way inside, Joey wanting treats and Sara seeking freaks. As this tall tale gets told a lesson does unfold – curiosity can kill a cat and no pumpkin is ripe until its fat! Starring Erik Frandsen, with Alice Cooper as the voice of Pirate Jack. Fine out more at https://marcuswagner.net. 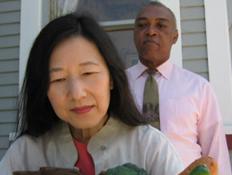 Meet Herbie Duck. He’s nice. Well meaning. He likes people. But he has a problem. A big one. He doesn’t want to do what he does. At least, not so much. He wants what we all want, to be happy. And he’d like someone to be happy with. Herbie meets Rosie. She’s young. Too young. Rosie is looking for her lost mother. Herbie is looking for Rosie. She might be Herbie’s last chance, or his next victim. Who’s to say? Not Herbie. He doesn’t say much. Starring Reggie DeMorton, Gena Shaw.