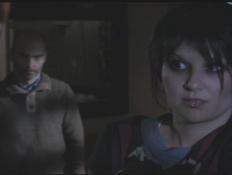 A chilling tale about a man’s overzealous obsession with his upstairs neighbor. When the man encounters a young street-couple inhabiting his neighbor’s house, his territory is threatened. He intrudes himself on them causing an imminent, and possibly deadly, confrontation. 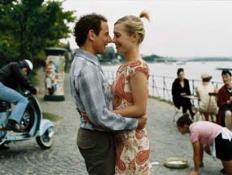 Done than said easier is drink to something getting, backwards going world a in up wake you when: end the was beginning the in. 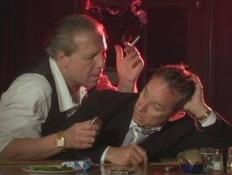 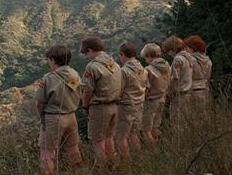 A boy becomes so frightened by his scout leader’s campfire stories that he humiliates himself one night, and becomes the object of the scout leader’s vicious humor….until the troop encounters something truly terrifying in the woods. Starring Riley Kershaw, Nick Offerman, Pat Finn. 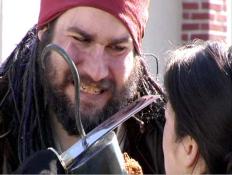 Arrr! In 1505, the Ninjas trapped the Pirates in the legendary mists of the Bermuda Triangle. But now, a break in the Triangle’s spell has allowed a single Pirate to escape—unaged after 500 years. When this anachronistic Pirate washes to the shores of New York City, he is lost in a time and place he does not understand. Meanwhile, the last remaining Ninja in New York, her true identity a secret, senses the return of her natural enemy, and the two come together for a final battle. But as blades clash, romantic sparks fly. Will love win out, or will nature take its course? Place ye bets! 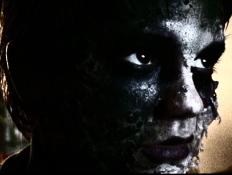 A touching and informative short documentary chronicling the life of an adolescent zombie growing up in suburbia. It’s tough being a teenage zombie, but few have examined how difficult it is for the rest of the family. This is a deeply sentimental story that speaks to the heart, not the…brain… 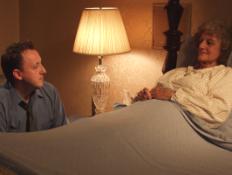 Aaron returns to his hometown to find his ailing Aunt Enid only has a few days left.  His problems escalate when the town busybody spreads the word that Enid will take prayers straight to God for anyone who asks.  As the house fills with people anxious for Enid’s service, Aaron is torn between controlling the situation and dealing with the loss of his Aunt.  In this charmingly innocent comedy, we see that things rarely happen the way we set out and usually it’s for the best. 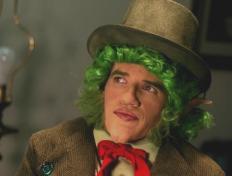 Small time crooks Sam, Phil and Thomas can’t get a break. They’re out of money and out of options. Their boss is coming by and they don’t have the money they owe her.

Luckily, Thomas has caught a Leprechaun. An honest to goodness Leprechaun! Now all they have to do is figure out how to get his pot of gold and all three of them will be on easy street. Of course, no one has gotten a Leprechaun’s gold in over 700 years. Still, that little fact doesn’t stop the three from trying. 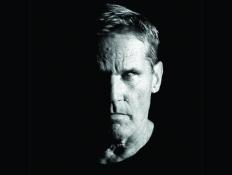 An emaciated war criminal lives in filth as Death comes knocking on his door. From Frank Miller’s Lost, Lonely, & Lethal comes a bone-chilling tale of revenge.  An absolute must see for fans of Sin City. 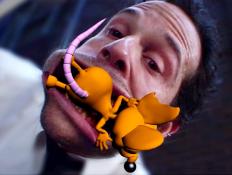 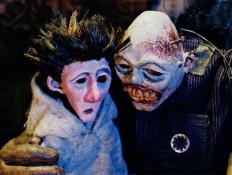 Seed is the story of a dark and mysterious room tucked away behind a door that rarely opens and the unimaginable things happening within. A young boy, full of curiosity, discovers it and its terrible secrets.  He witnesses the ancient machines, humming and pulsing as if they were alive, and the manufacture of a peculiar substance that is eagerly ingested by the strange inhabitants lurking within. Through his own choice, he learns the dire truth of this substance and finds himself forever bound to it. 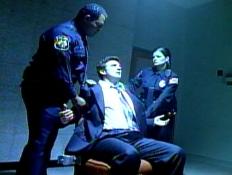 Smart Card, is a tale of a utopian future where every aspect of your life intergraded into one system. Convenience and simplicity is the product and Smart Corporation does the packaging. Robert Sharpe (David Kreigel) has been living this care free life. Everything is perfect, until he encounters a philosophical vagrant (Bret Roberts) at a local fueling station who steals the one item you can not do without, his Smartcard. 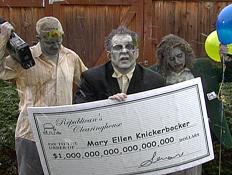 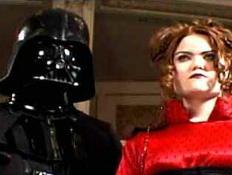 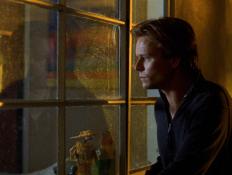 Clay Roberts is a Scottish expatriate cautiously navigating the new life he has made for himself in America. Having left his past far behind him, he obsesses about always being in the loop, about being one step ahead. When uncertainty looms large in his life he follows the questionable advice of The Smokers and seeks clarity from an unlikely source. Frustrated by the fortune teller’s refusal to reveal her vision of his future, Clay becomes so obsessed with finding the truth. Starring Alec Newman. 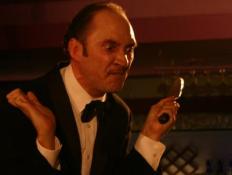 The attractive young couple has hit a point in their marriage where it’s time to divorce. At the beginning of Stephen King’s Gotham Café, the pair decides to meet in a ritzy restaurant with her lawyer and put an end to their suffering. Once there, they find out that their real misery is only beginning.

Gotham Café examines the death of a relationship, addiction and the age old question of the existence of fate. 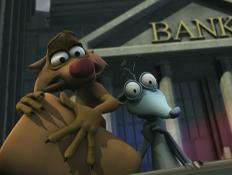 A discarded pizza slice becomes the Holy Grail to a pack of starving park animals.  A rat and squirrel launch a clandestine operation to get the slice, without any of the other park animals finding out, but their greed disrupts the natural order of the park once their plan is discovered. Simultaneously, across the street from the park, a bank heist turns into a huge gunfight between bank robbers and police. These two worlds collide in an uproarious farcical romp of comic cartoon mayhem.