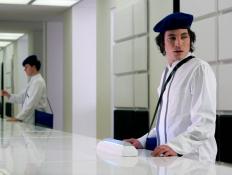 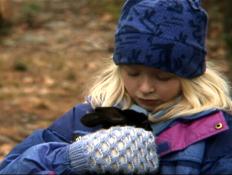 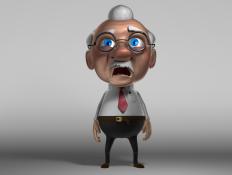 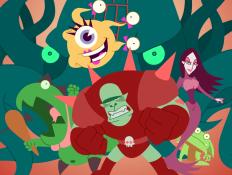 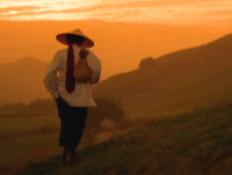 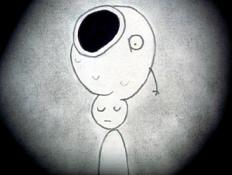 A series of dark and troubling events forces Bill to reckon with the meaning of his life—or lack thereof. It’s the latest work from multi-award winner, Don Hertzfeldt (Rejected, Billy’s Balloon). 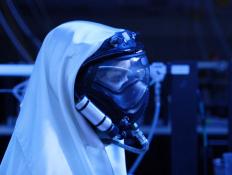 In the distant, dystopian future, the Earth’s atmosphere is too polluted to breath.  The only way for humans to survive is by wearing elaborate air filters, which permanently obscure their faces. When he learns the love of his life is getting coupled to the chief chemist, a scientist buys airtime from the head of the underground and convinces his lover to follow him to an air chamber in order to do what the government has outlawed: remove their masks and for the first time look at each other’s faces. 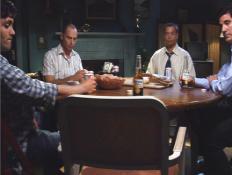 It’s Wednesday. Poker night. Four best friends have invited a fifth player to join them. Will the new guy survive the game? 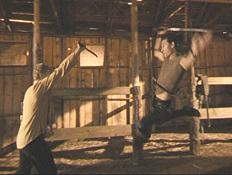 Darak is an aging Sword Master—Juda, his brilliant apprentice son. In a drama of startling consequence, Juda recounts the events that lead to the destruction of their relationship and finally the ultimate challenge—a death duel. Both men love each other, although neither of them know it. In a world lost in time, the metal of loyalty, honor and family are tested as the tragedy is played out.
Martial arts actor, David No (Matrix Reloaded, Mr Nice Guy) makes his directorial debut with this epic tale, and a new genre in Australian cinema is born. 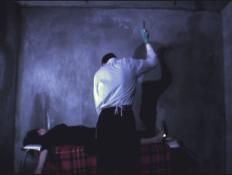 A man chases a girl during the night; after having murdered and massacred her, he gets up in the morning from his bed (close to a woman) as if nothing has happened… 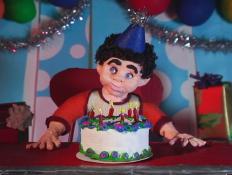 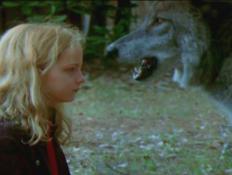 Lana lives in a remote part of the woods with her family. Most little girls have friends. They usually find children their own age to play with, but Lana has found a friend in the forest. Her mother and father are unaware of the visits of the wolf Lana has been feeding on a nightly basis. Upon discovering Lana with the wolf, her father fires a warning shot into the air. While her parents debate how to approach the matter they miss the true nature of the connection their daughter has forged with the wolf. 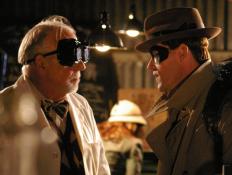 1940s Chicagotown has been taken hostage by crimelord Vladimir “Pokerface” Hoyle, who threatens to detonate a bomb that will destroy the city. The only hope for the people is the Great Detective, a masked man rumored to have the ability of flight. After a tip from the lovely journalist Effie Soul, our hero sets out to save the city and restore the hope of all. 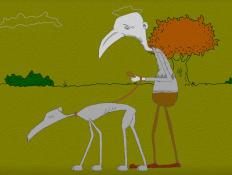 The Greyhound tells the story of an old man and his dog, a greyhound who has never had the chance to fulfill his true potential. Although he loves his owner, the dog has had to endure a life of very slow, tedious walks to the betting shop, every day ending in misery. Until something tragic changes everything forever. 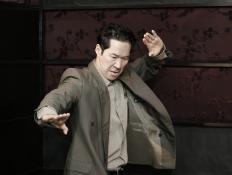 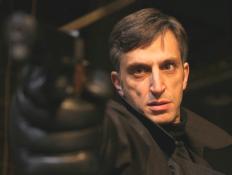 Tom has a typical American family: a wife he loves, a daughter he would do anything for, and a great job…as a henchman.  For almost twenty years, Tom as been a henchman for some of the most dangerous, psychotic super-villains. It’s illegal. It’s dangerous. And it’s fun. But Tom is getting older, and the high-risk life of henching is taking its toll at work and at home. “One more job” is all Tom needs to set his family up for life.  Inspired by the graphic novel “Hench” by Adam Beechen and Manny Bello.