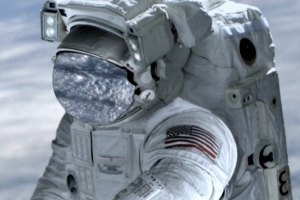 The main computer system of a space ship activates the self-destruct protection procedure after detecting a deadly virus on board. A desperate astronaut, trapped inside, tries to escape the virus and the spaceship itself. 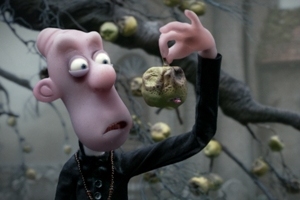 Two brothers, an apple farmer and a priest, don’t get along. The priest is fed up with his peasant brother and his ugly apple orchard, dropping thousands of rotten apples in his neat little graveyard. The farmer is a gawky fellow, drunk on homemade cider, and deeply unhappy.

One stormy night the farmer hangs himself. At that very moment, Aber, a homeless worm, is desperately seeking for shelter from the rain and thunder. Aber discovers the dead farmer, dangling between the branches like a huge apple. Delighted with his new, spacious house Aber discovers he has full control over the farmer’s dead body, just by shouting commands. And so, the dead farmer comes knocking on the priests door.

The secret of zombiedom. Now you know.
Us worms control the brain of the dead.
And when you’re old and you have to go,
we are the voice inside your head… 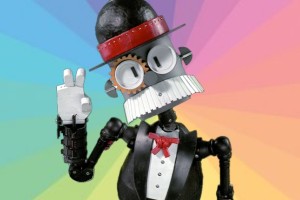 Loren, a proper British robot and former head butler for a wealthy family, has been replaced with a Roomba and stored in the basement. Now the kids program him to teach them stuff. This time, it’s how to dance the Dougie! 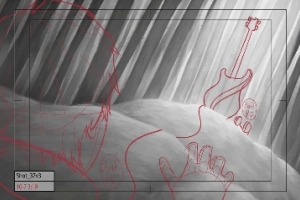 Heard is an animated short film following a frustrated artist’s journey through his own artistic development as he struggles to find his voice in a world built on silence.

The film showcases the digital 2D animation process beginning with rough visuals building to full-color animation. This process evolves to greater illustrate the character’s growth and progression of his journey. 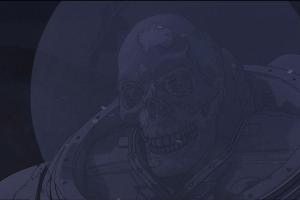 The Great Silence uses animation and matte painting techniques to discuss the loneliness of the human condition. It begins at an uncertain time in the future on an unknown planet. The only thing certain is that this place is the end of the journey. The story is expanded by flashbacks to take us to the past to find the truth. 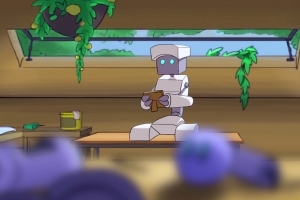 A factory robot was designed for the single, mundane function of cutting logs into toothpicks. But when he breaks down, he’s thrown out in the trash where he’s found and repaired by an elderly gardener. Waking with no factory, no emotions, and no purpose, he doesn’t understand the new life he’s been thrown into. He isn’t programmed for humming or watering plants. And he certainly isn’t programmed to make friends with a little old lady with a big, gentle heart. 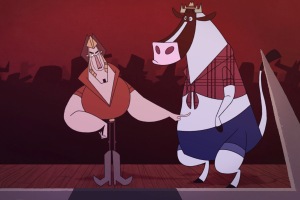 A lonely cow falls in love with a mechanical bull through the windows of a seedy bar, and must brave a hoard of drunk rednecks to rescue the object of her affection. 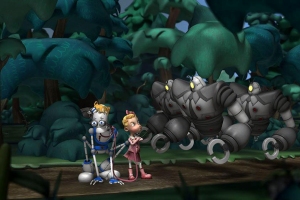 The Subordi-bot is the latest in domestic technology. He’ll cook, he’ll clean, he’ll obey your every command. But what’s this? One has escaped the factory and seems to have a mind of its own. That is, until he collides with a stubborn, spunky little girl and her dead dog. 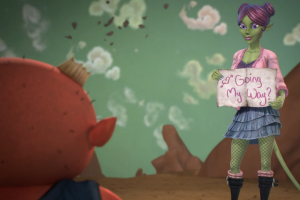 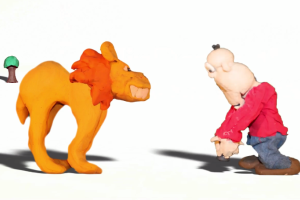 One typical day in the surreal life of Bob, he finds a camera that transforms one object into a completely different object when the camera snaps a picture. Our curious little friend is about to experience the highs and lows of natural photography in a flash.