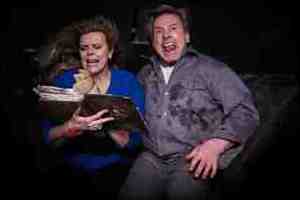 Portal to Hell is the tale of Jack (Roddy Piper), a gruff superintendent whose only desire in life is a little peace and quiet—to put his feet up, and enjoy a good book. It’s a simple need that Jack will have to pay the ultimate price to gain: by going toe to toe with the dark lord himself, Cthulhu, and his minions! Jack must close an evil cosmic portal that has been torn open and send the great old one back to whence he came. It’s a tale of an epic battle of biblical proportions…all confined to the boiler-room of an apartment building. 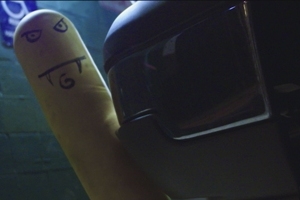 CJT is a man on a mission: 1) Drive to girl, 2) Give flowers, 3) GET LAID! Only one thing stands in his way… a spooky parking lot protected by sinister forces. CJT must observe the warning signs or pay the ultimate fine. 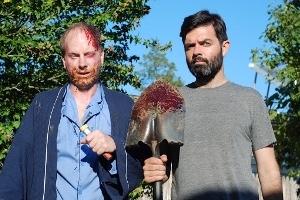 A quiet morning turns dangerous when a man is attacked by his zombified neighbor. The man soon discovers that zombies may be the least of his problems. 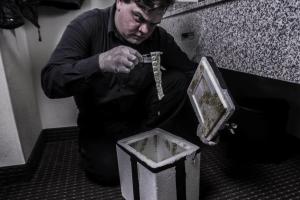 An unusual motel housekeeper searches for clues as he cleans three rooms, trying to gain insight into their occupants’ minds. 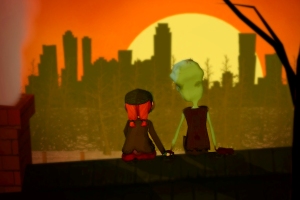 A post-apocalyptic story about a lonely gamer girl and a misunderstood zombie. Starring Lacey Chabert (Mean Girls, Party of Five) and twelve other voice actors who have all been heard in the zombie-centric video game franchise, Resident Evil. 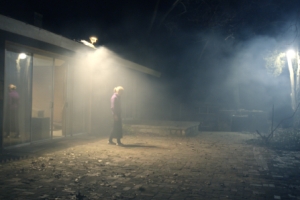 The Fisherman’s Wife is a no holds-barred Horror fest—full of mystery, monsters, and a literal swimming pool full of blood.

Becky can’t get her good-for-nothing husband Frank to sign their divorce papers. When she tries to confront him on a dark and mysterious night, she finds their old fishing cottage deserted. And things aren’t as they seem when Frank finally appears down by the water’s edge… 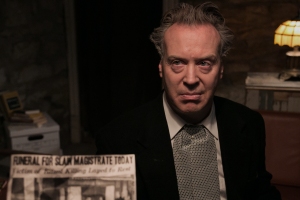 On a wave of Internet nostalgia, Corvalo, a former creature feature host, goes on tour
to promote a reboot of The Crypt of Corvalo, his long-running regional television show. When his agent arrives, Corvalo hopes there is good news about his return to the small screen, but is informed that the show has stalled. Unable to quench his thirst for fame, Corvalo decides to reveal his true self and quench his thirst in other ways.

Corvalo is an exploration of identity, a love letter to horror films, and an ode to
creature feature shows of the 70s and 80s.