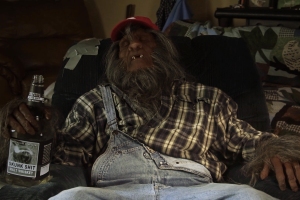 Cracker County is under attack and lovesick dog catcher Bubba Blanche has been transformed into a ferocious, cigar smoking Werewolf in order to save the day. But first he’s got to conquer a beer or two. And maybe a plate of chicken wings.