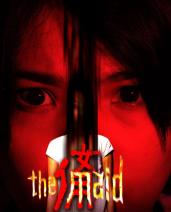 Legend has it during the Seventh month on the Chinese calendar, the gates of hell open and the dead rise to walk the Earth. There are rules people must follow for 30 days in order to survive. Break them and you face the haunting consequences of your actions.

Rosa (Alessandra de Rossi) arrives in Singapore to work as a domestic maid. Naïve and innocent, she is a non-believer in the supernatural world and ultimately breaks the rules, one by one. Now she will understand that the spirits should never be disturbed.

The Maid is writer/director Kelvin Tong’s first horror film and stars award-winning Italian-Filipino actress Alessandra de Rossi, who has won two FAMAS Best Supporting Actress awards at the Metro Manila Filmfest. She also earned a Best Actress Award at the Gawad Urian Awards for her role in the film Mga Munting Tinig (Small Voices), which was the Philippines’ official entry at the 75th Annual Academy Awards in the Best Foreign Language Film category.