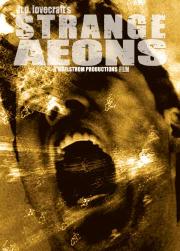 The halls of Miskatonic University have echoed for many years with the footsteps of some of society’s most vile trespassers. From Herbert West, ReAnimator, to Crawford Tillinghast’s horrors From Beyond, the school has certainly seen its share of evil.  But now a new student walks these halls, and her very presence threatens to unravel the fabric of sanity itself.

Dan Upton is a professor of Primitive Religions at Miskatonic and Edward Derby is his protégé.  Enter Asenath Waite, the daughter of Upton’s former mentor.  Asenath shares her father’s thirst for arcane knowledge, and an even darker gift.

When Edward is taken, body and mind by Asenath, Upton must resort to the blackest magic in order to save his friend, his family, and even himself. But the Dark Arts exact a heavy toll. What must Upton sacrifice to save those closest to him?

It will screen as part of our Sunday Late Night H.P. Lovecraft Fest, at 1:30 AM in the Learning Center.