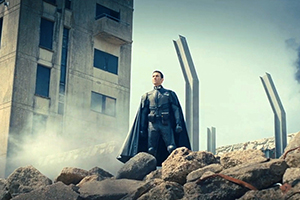 In 2008, Robert Kenner, a mild-mannered postman from Peckham, South London was struck by a meteor which bestowed him with super powers. Today, Bob is an overworked under-appreciated “civil servant” for the British government. He spends most waking hours saving people and filling out forms. He has no time for anything else. Least of all love. But today he has a day off. And best of all, he has a date with June from the library. Now all he has to do is act as if this isn’t the most exciting day of his life. Apparently that puts people off. Starring: Brett Goldstein, Catherine Tate, Natalia Tena, Laura Haddock.