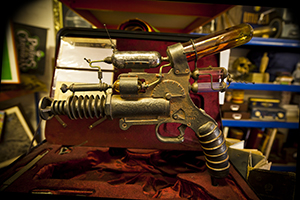 “Steampunk” started as a sub-genre of science fiction typified by a fascination with steam-powered machinery and alternative histories, with stories frequently set in Victorian England. Today, Steampunk has grown into an aesthetic movement all its own, with influence in art, fashion, design and music. Vintage Tomorrows examines the subculture via interviews with the writers and artists credited with galvanizing the movement, and the cultural historians and social scientists investigating the phenomenon. The documentary analyzes the spike in Steampunk cultural activity and poses the question: What can Steampunk tell us about history, humanity and our complicated relationship with technology?