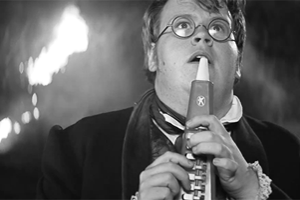 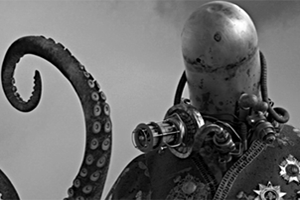 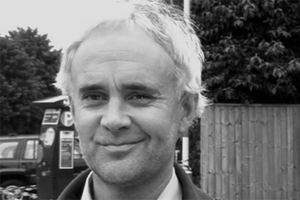 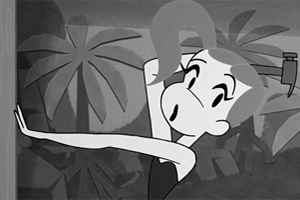 ‘Monkey Rag’ is a traditionally animated throwback to the musical cartoons of yore. Inspired by the thumping, riotously fun music of the Asylum Street Spankers, Mitzi pursues a disaster of her own making in this richly colored world where reason is overrated. Mitzi may be barking up the wrong tree, but she also knows that when it comes to love, sometimes you just gotta give a little bit of what you got. 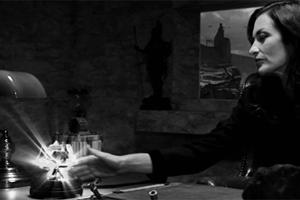 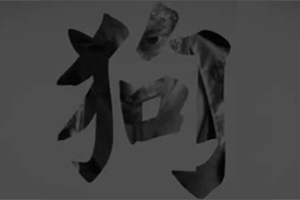 Dog is the local Triad enforcer, a simple gangster, addicted to violence, bound by a strict honor code. Standing outside an old warehouse Xian, the Boss’s right hand man takes a phone call confirming the order to go in and clear out the current occupants. Dog duly obliges, brutally laying the smack down to a group of scumbags.

As he leans in to light a post-fight cigarette he hears a noise, women’s voices and goes to investigate. He finds a group of what can only be prostitutes hiding out and makes as if to beat them too but relents. The boss calls again, ordering Dog to guard the building for a few weeks to ensure the gang don’t repossess it. Dog must not leave. He accepts but is clearly not happy. Dog’s life inside is one of routine, training, cooking noodles, patrolling the premises. But soon it’s clear that his need for violence is taking over, driving him mad. 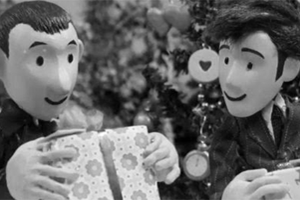 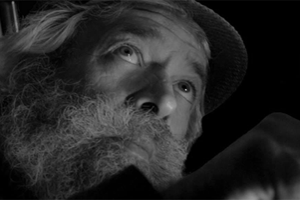 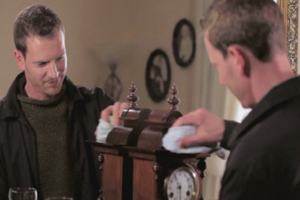 Barney is married—unhappily. He lost the love of his life around six years ago; she was murdered. Through the magic contained within a clock he inherited, and with the help of an old Indian shopkeeper, Barney finds himself back in time, with the opportunity to save her… but life isn’t always as easy as that. A story of second chances. 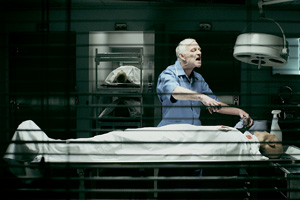 Vampires have hunted humans since the dawn of time. Yet with rising inflation, soaring unemployment and higher taxes, it is vampires who are currently struggling for survival.

The 20th century was a golden age for the undead; a little known fact is that real vampires have often appeared in horror movies. Cinema offered a chance at cash, glamor and respectability.

However, after years of steady income, the vampire film craze ended, largely due to the over-saturation of Twilight, Buffy, etc. This left many out of work and unprepared for a life outside of cinema.

This comedy/horror mockumentary follows five vampires as they attempt, at all costs, to look for new sources of income. However, getting paid or not, the killing never stops. 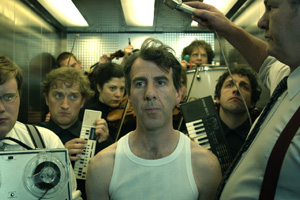 Mr. Foley wakes up in a hospital to find his whole life is being sound-tracked with sound effects added in front of his eyes. He starts to panic as he doesn’t know the score…
4 min. 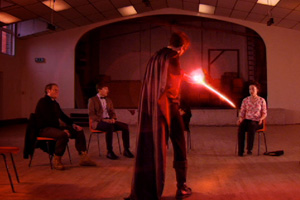 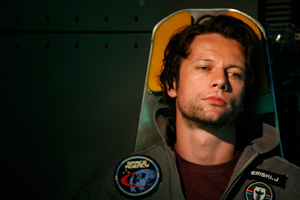 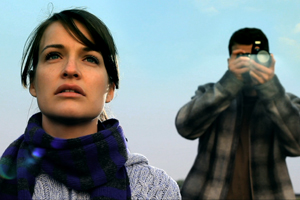 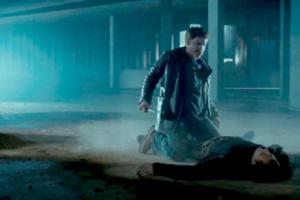 A billionaire heiress is brutally abducted and held for an impossible ransom. The police investigation at a dead end, it falls to Hennessey, a troubled private detective with a pathological disregard for his own safety, to find her. But, savagely attacked in his own office, Hennessey finds himself lying battered, bruised, and watched over by his sinister assailant. How will he be able to save both the kidnap victim and himself by the midnight deadline? 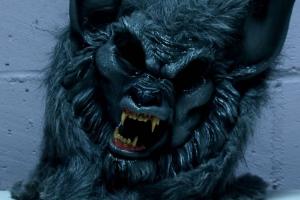 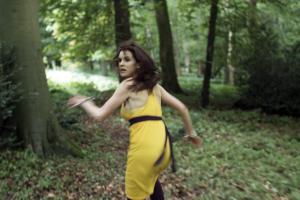 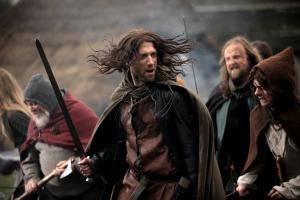 Born of Hope is a prequel to The Lord of the Rings. This hour long original drama is set in the time before the War of the Ring and tells the story of the Dúnedain, the Rangers of the North, before the return of the King. Inspired by the appendices Tolkien wrote for The Lord of the Rings, we follow Arathorn and Gilraen, the parents of Aragorn, from their first meeting through a turbulent time in their people’s history, struggling for survival in a lonely wilderness as a dark force bends its will toward their destruction. 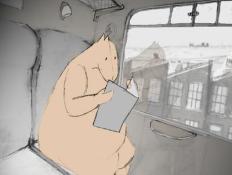 A female dragon wishes to share her life with the warm touch of another being once again. So, putting her failed marriage behind her with melancholy optimism, she prepares herself for a journey to find love. As she travels through the snowy landscape, which is at odds with her whole being, Dragon meets some incompatible suitors which only serve to make her feel more alone. So, can the perfect mate be found, for such a hot blooded woman?